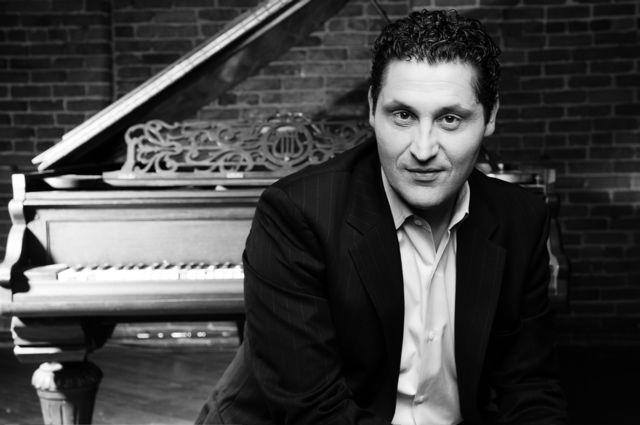 WILSON, N.C. — January 20, 2023 — Celebrate Valentine’s Day in gala fashion with the Barton College/Wilson Symphony Orchestra on Tuesday, Feb. 14, at the 31st annual “Love the Symphony” concert. Under the direction of guest conductor and violinist Christopher Ellis, this Valentine’s Day concert will showcase a selection of iconic Pops selections from Opera and Film, featuring soloist Paul Saik.

The event will begin with a wine and cheese reception at 6:15 p.m., followed by the concert at 7 p.m. in Wilson Gymnasium on the Barton campus. A candlelight buffet dinner will immediately follow the program at 8 p.m.

Tickets are $75 per person, and reservations may be made by contacting Bonnie LoSchiavo at blloschiavo@barton.edu or 252-399-6559. Please note that tables for eight are available by reservation. The reservation deadline is Monday, Feb. 6.  No tickets will be mailed.

About the Guest Conductor — 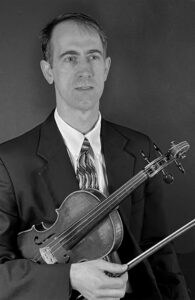 Christopher Ellis began studying the violin at the age of 10 in a public-school classroom in his hometown of Farmville.  His early private teachers include Dee Braxton-Pellegrino and Paul Topper.  Ellis continued his study with Topper at East Carolina University, and he later earned a Master of Music degree at Florida State University. Ellis has been a member of the Tallahassee Symphony Orchestra and the Tar River Orchestra, and he has performed with the Richmond Symphony Orchestra. He has done solo performances with the Beaufort County Community Orchestra, New Bern Civic Strings, and the Barton College / Wilson Symphony Orchestra.  Ellis teaches privately in Wilson, Rocky Mount, Greenville, and Goldsboro, and he is a violin/viola instructor at Coastal Carolina Community College in Jacksonville. Recently, he performed a recital at Coastal that included Partita in E Major by Bach and Sonata No. 10 for Piano and Violin by Beethoven. Ellis has conducted the Beaufort County Community Orchestra since 2005 and has served as concertmaster with the Barton College / Wilson Symphony since 2002.

About the Guest Soloist —

Paul Saik is the Director of Music Ministries at Centenary United Methodist Church in New Bern, where he resides with his wife, 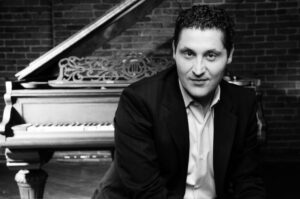 Katie Holleran Saik, of Boise, Idaho, and their daughter, Blakely. A native of Jackson, Miss., Saik began playing piano at the age of three and spent much of his time performing in church. His first church position came at the young age of 13 as the church pianist at First Baptist Church in Pearl, Miss. He quickly developed a love for church music and started playing the organ at age 16. Saik studied piano and organ at Mississippi College and received a Bachelor of Music degree in piano, winning several awards and competitions. A versatile singer, he has performed with opera companies throughout the United States, and around the world such as the Santa Fe Opera, Des Moines Metro Opera, Opera Birmingham, and a Barber of Seville Tour throughout China. He also studied abroad at the University of London. A Pressar Scholar, Saik furthered his education at Baylor University, where he received a Master of Music degree in church music and organ and won several vocal competitions in the Texas NATS.

As this distinguished event’s popularity continues to grow with an ever-increasing number of guest reservations each year, the renovated Wilson Gymnasium on the Barton campus will provide a spacious and elegantly transformed environment to provide the perfect backdrop for sweethearts and friends to enjoy an entertaining program performed by the orchestra.

“Love the Symphony” is sponsored by Truist Financial Corporation.