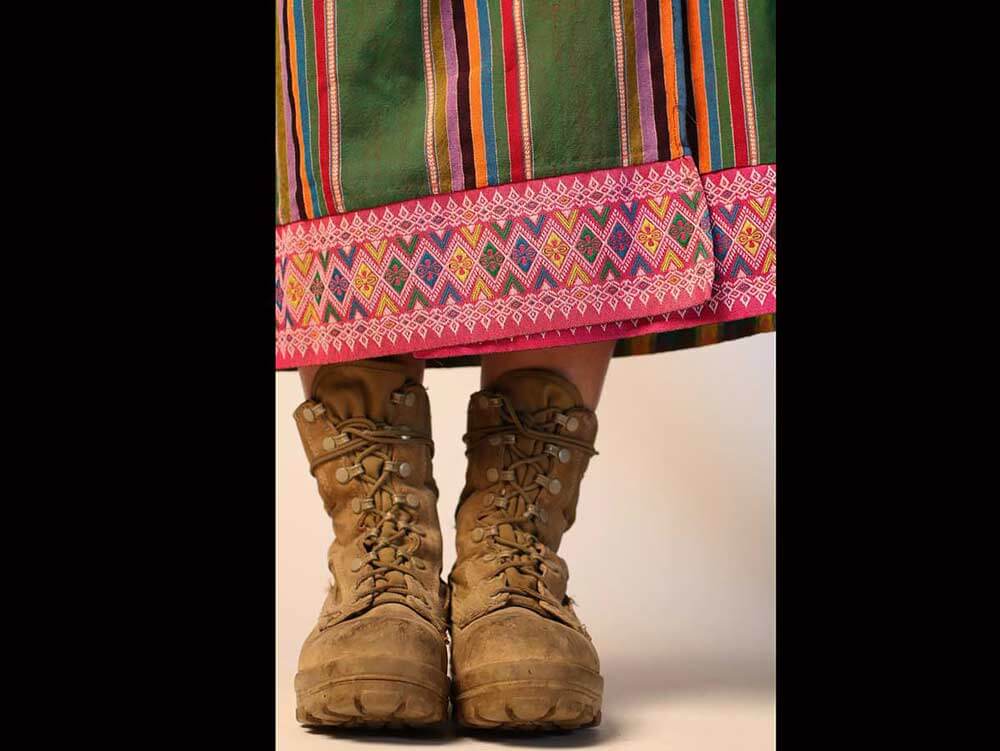 WILSON, N.C. — January 2, 2022 — The Barton Art Galleries is pleased to present “At Ease,” a traveling, interactive installation, opening on January 17 in Case Art Building on the campus of Barton College. The exhibit will include portraits and narrative from female military service members, Care Packages created by service members and their spouses, and Letters Home: Reflections on Military Life. The exhibition will run from January 17 through February 24.

On Thursday, January 19, an opening reception for the exhibition will be held from 5 p.m. – 7 p.m. in the Barton Art Galleries. Lynden Harris, founder and director of Hidden Voices, will present a lecture related to the exhibition at 6 p.m. that evening. There is no charge for this event, and the community is invited to attend.

For additional information, contact the Barton Art Galleries at artgalleries@barton.edu or call 252-399-6476.

On the Hidden Voices website at www.hiddenvoices.org, “At Ease: Bridging the Military Civilian Divide” is described as “a community-based, multimedia project highlighting the complexity of voices, experiences, and perspectives surrounding military service since the Gulf War. The project’s multiracial voices include Army, Navy, Air Force, and Marines, active duty and reservists, queer and straight, male and female, physically disabled and able, combat and support staff, as well as military spouses.”

The “At Ease” story on the website continues to note, “North Carolina has the fourth largest number of active and reserve duty components in the country. Because of its military population, the state is often at the crossroads, and sometimes in the crosshairs, of opinion about military funding, military service, and the moral questions of war.

At the same time, the state is home to many families with no connection whatsoever to military service. This disconnection, seen across the country, contributes to a widening gulf in our society between those who serve and those who don’t, which also means a deepening sense of isolation for many. In 2014, when Hidden Voices entered this project, there were more suicide deaths than combat deaths. Our intent was to develop pathways for service members and their families to express their authentic experiences and thereby facilitate dialogue around the issues they brought forward.”

A founding cultural agent for the U.S. Department of Arts and Culture, Harris is a Blade of Grass fellow, a recipient of the Ann Atwater Theatre Award, and the 2020 North Carolina Playwriting Fellow. She also is the editor of “RIGHT HERE, RIGHT NOW: Life Stories from America’s Death Row.”