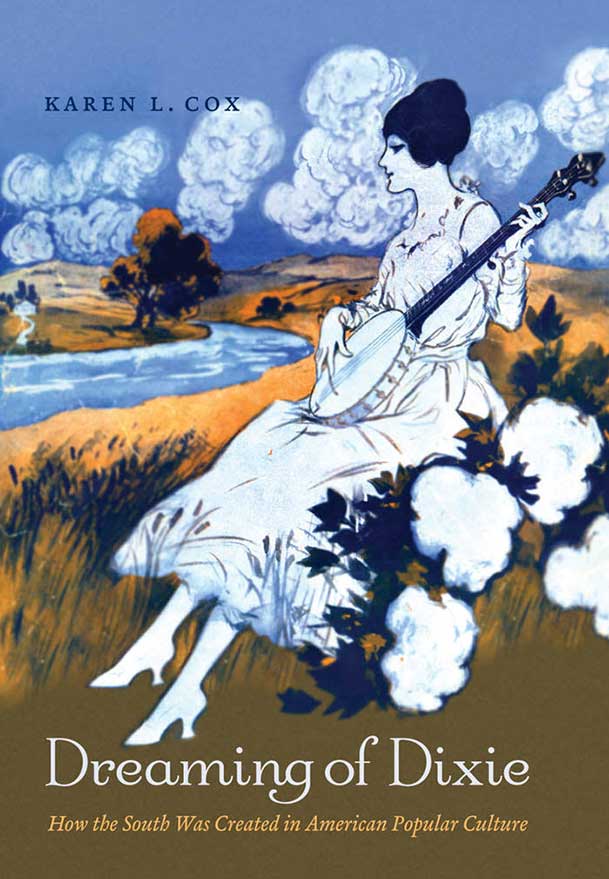 The South in Popular Culture — Focus of the Heritage Lecture on Feb. 16

WILSON, N.C. — February 2, 2016 — Barton College welcomes historian Dr. Karen L. Cox as the featured speaker for the upcoming Heritage Lecture on Tuesday, Feb. 16. This event is co-sponsored by the Barton College School of Humanities and the Wilson County Historical Association.

Dr. Cox’s lecture is titled “Dreaming of Dixie, The South in Popular Culture.” The program will be held in The Sam and Marjorie Ragan Writing Center at 7:30 p.m. and is open to the public free of charge. The community is invited to attend.

A professor of history and founding director of the graduate public history program at the University of North Carolina at Charlotte, Dr. Cox is also the author of two books and numerous essays and articles on the subject of southern history and culture. Her first book, “Dixie’s Daughters: The United Daughters of the Confederacy and the Preservation of Confederate Culture,” won the 2004 Julia Cherry Spruill Prize from the Southern Association for Women Historians for the Best Book in Southern Women’s History. Her second book, published by UNC Press in 2011, is “Dreaming of Dixie: How the South Was Created in American Popular Culture.”

She also is the editor of “Destination Dixie: Tourism and Southern History” (University Press of Florida, 2012), which won the 2013 Allen G. Noble Award for the best edited collection in North American material culture from the Pioneer America Society. Dr. Cox is currently working on a third monograph titled “Where the Old South Still Lives: Murder, Race, and the Southern Gothic,” which is set in 1930s Natchez, Mississippi.

Dr. Cox has published op-eds in the “New York Times” and has appeared on C-Span, as well as several radio broadcasts including Canadian Public Radio and, locally, The Mike Collins Show. She is an Organization of American Historians (OAH) Distinguished Lecturer and also maintains a blog called “Pop South: Reflections on the South in Popular Culture.”
She earned a Bachelor of Arts degree and Master of Arts degree at the University of North Carolina at Greensboro and completed her Ph.D. at the University of Southern Mississippi.

For additional information about this program, please contact Dr. Jeff Broadwater, professor of history at Barton College, at (252) 399-6443 or ojbroadwater@barton.edu.