Major in political science at Barton College, and you’ll understand what engaged learning is all about. Along with required internships and class debates, you’ll participate in simulations like a United Nations Security Council meeting or arguing a case before a mock U.S. Supreme Court. Hands-on experiences like these are designed to bridge the abstract, theoretical course material and the real-world applications of that knowledge.

The political science major offers a great deal of flexibility—you’re encouraged to explore your interests through a wide variety of courses or take on a double major.

The program also offers concentrations in pre-law and business.

Courses in the major include:

The Amrut Nakhre Endowed Scholarship is awarded to the political science major with the highest grade point average among applicants.

Many of our graduates have gone on to law school or graduate school, while others find jobs in government in Raleigh or Washington, D.C. Because the U.S. government is the country’s largest employer, an understanding of how government functions is a highly sought-after qualification for groups and other associations working with the federal government.

Recent graduates have also gone on to pursue graduate and professional degrees at:

Barton sponsors several groups on campus for political science majors. These are: 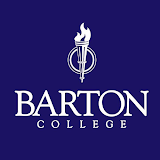