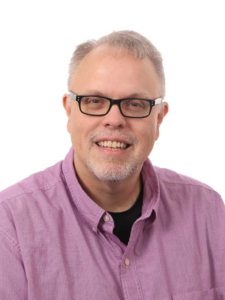 Michael K. Brantley is the author of four nonfiction books: Galvanized: The Odyssey of a Reluctant Carolina
Confederate (University of Nebraska Press/Potomac Books, 2020); A Southern Season: Rural Stories (Black
Rose, 2023); Memory Cards: Portraits from a Rural Journey (Black Rose, 2015); and It’s a Time in the Land:
The Best of the Soap Box (2021). Galvanized was nominated for the Sam Ragan Old North State Nonfiction
Award and the Wiley-Silver Prize. Memory Cards reached No. 1 on Amazon in Nonfiction in 2016. Brantley
worked as an award-winning journalist and photographer and as an English professor prior to coming to
Barton College and holds a Master Photographer Craftsman degree from the Professional Photographers of
America. His photographs have won state, regional, and international awards as well as three Fuji Masterpiece
Awards. He continues to write for national magazines, and has published a number of essays, short stories, and
poems in literary journals in the U.S. and internationally. His research and writing interests include American
and North Carolina history, baseball, bluegrass and roots music, and Southern culture, food, and
folklore. Brantley is a recipient of an Archie Davis Fellowship from the North Caroliniana Society for research
on an upcoming book.